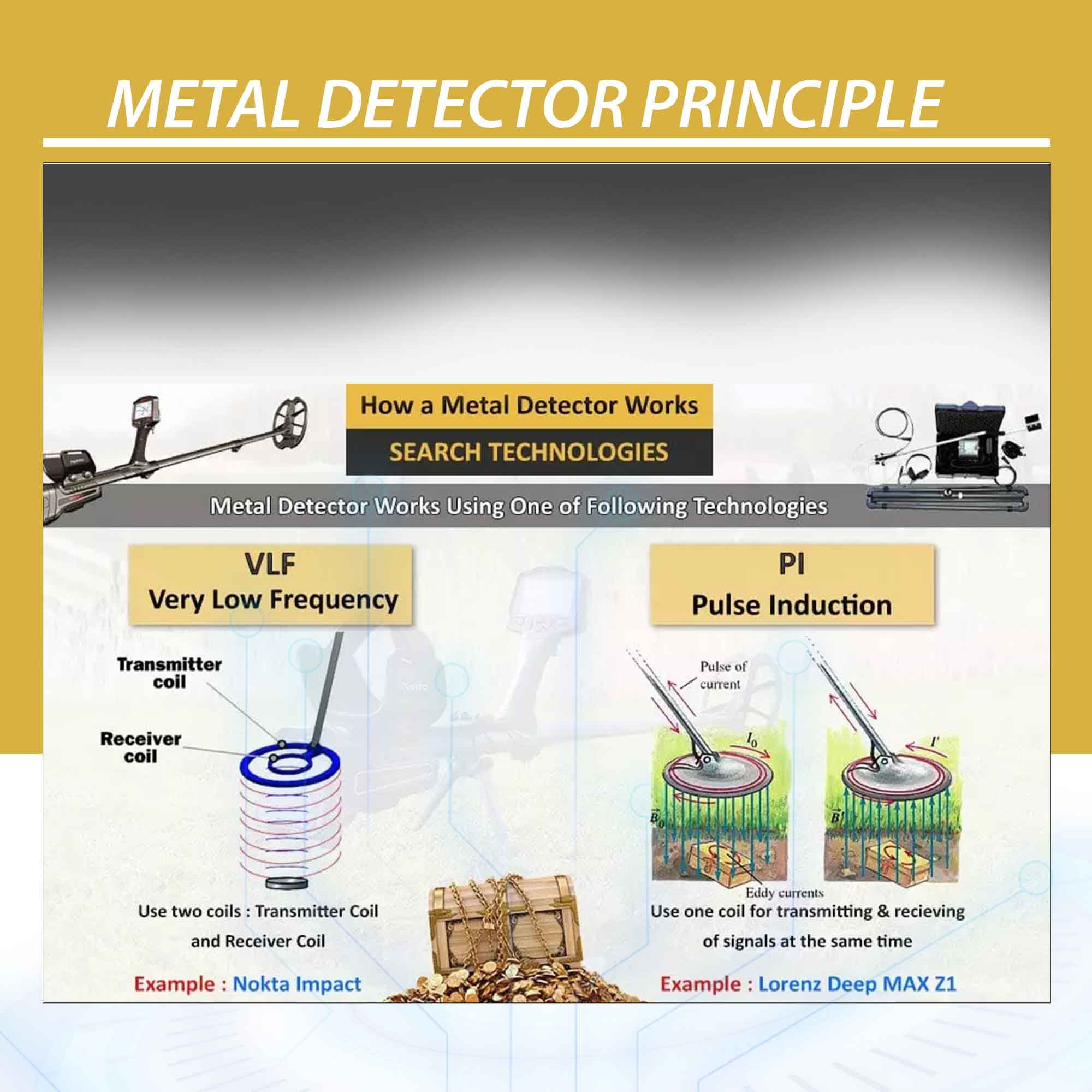 Metal detectors are electronic devices designed to detect metals, whether in their mineral form

or objects made of various metals such as gold, silver, and copper, for example gold coins, bronze

statues, or swords made of steel … etc.

Refer to the article: Metal Detectors Types for more details on each type.

The technologies present in these devices vary greatly and depend on various physical and electronic principles.

In each technology, certain tools are used for conducting search, for example antennas in long-range devices

and search coils in electromagnetic detectors.

In general, all devices contain an electronic circuit consisting of various elements to address the coming signals

from the search tool and then output the signal in some way, for example, as a number displayed on the screen

or tablet as in imaging devices.

such as Roman, Persian, Babylonian… etc. Example: a statue made of bronze – an ancient mausoleum – a box containing gold coins, etc.

economic prices and low production costs, as well as their spread among searchers and prospectors from amateurs and professionals.

There are many international companies that manufacture electromagnetic metal detectors, such as the American Fisher and Garrett,

the Australian Minelab and the Turkish Nokta-Makro company.

In the following paragraphs, we will give a detailed explanation of how the two technologies work, and the benefits and features of each technology. 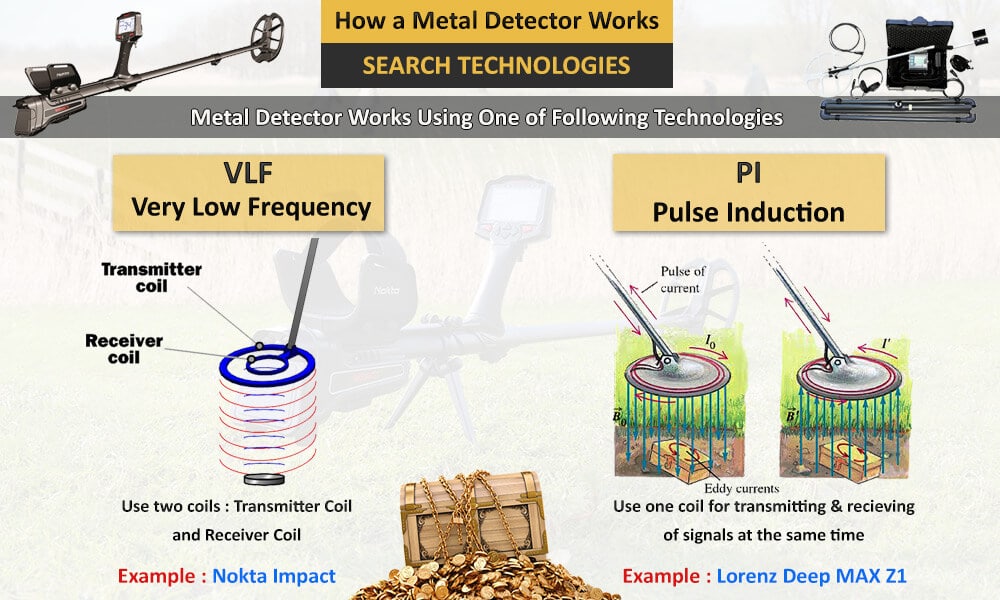 VLF, also known as induction balance, is probably the most popular detection technology in use today among metal detectors due to its low production cost,

ease of manufacture, and the availability of electronic components and components.

In a metal detector that works according to the VLF technology, there is within the search tool,

which is the so-called search file or coil inside the plastic cover, two electrical coils of copper:

It is a coil of copper wire, wrapped several turns on each other and through which the electrical current coming from the

the other direction or the opposite, thousands of times every second.

The number of times the direction of the current electric current changes every second reflects the search frequency,

which is usually measured in kHz unit, which is the number that expresses the device, where in some devices there

is only one search frequency, for example, 61kHz like a Gold Kruzer device, or there are several frequencies

In some modern devices, as in the Equinox device from Minlab, several search frequencies can be used simultaneously

It is a coil similar to the structure of the transmitting coil (a coiled wire from several windings), but here this coiled wire works

as an antenna to capture and amplify the coming or reflected signals from the target objects in the ground, and that is where

, a reflex magnetic field is formed whose signal is received by the receiving coil.

How does the VLF metal detector distinguish between different minerals? It depends on a phenomenon known as the phase shift.

field reflected from the metal target.

That is, a target with a high induction will have a greater phase shift, because it takes longer to change its magnetic field.

if it is a ferrous magnetic metal or non-ferrous, such as gold, silver, and copper, as well as the device beeps in the form of an audible tone.

In some devices, a range of tones can be set according to the target ID.

and treasure hunter in the world which offers best great performance at best economic price.

for different targets and metals like coins, relics, gold nuggets and treasures.

Impact Pro can also operate in all different terrains including rocky lands, wet beach sand, mineralized ground and so,

thanks to its built-in 12 search modes enabling detection of all types of targets.

feature introduced in Nokta Impact and Minelab Vanquish, but with best performance and sensitivity.

or non-ferrous metals and detection of buried objects at different sizes in all terrain and soil types. 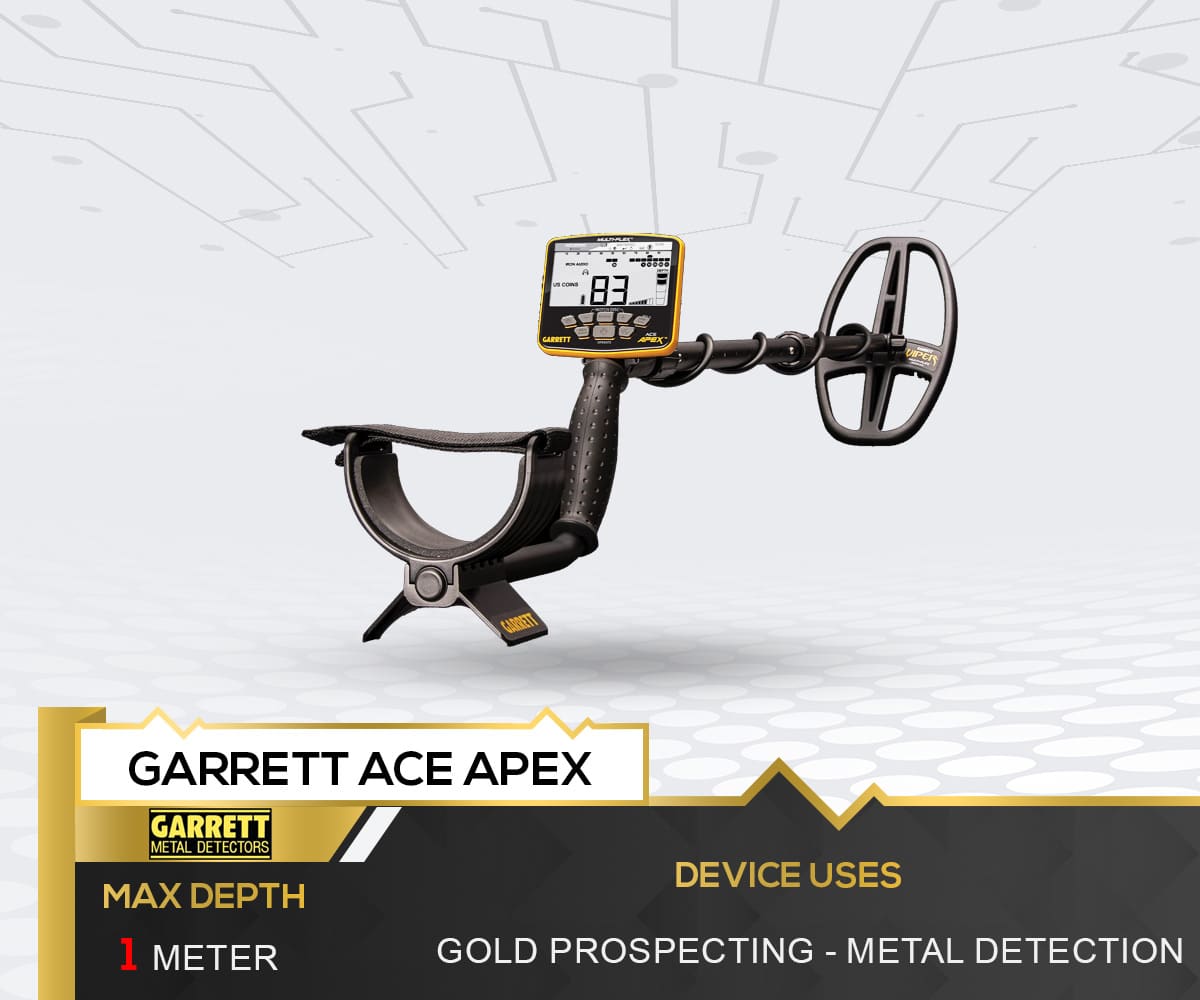 depth on a wide variety of targets, plus a fast target recovery speed and a variety of practical uses

that suit all the needs of prospectors and treasure hunters.

precious objects and hidden gold at a competitive price.

Gold Monster 1000 a simple easy to use gold detector device developed exclusively for natural gold nuggets detection in all terrains.

Gold Monster 1000 is the easiest gold detector to use, thanks to its simplicity and unique features like gold chance indicator

Despite of its simplicity, Gold Monster 1000 is effective device and includes latest advancement in natural gold detection 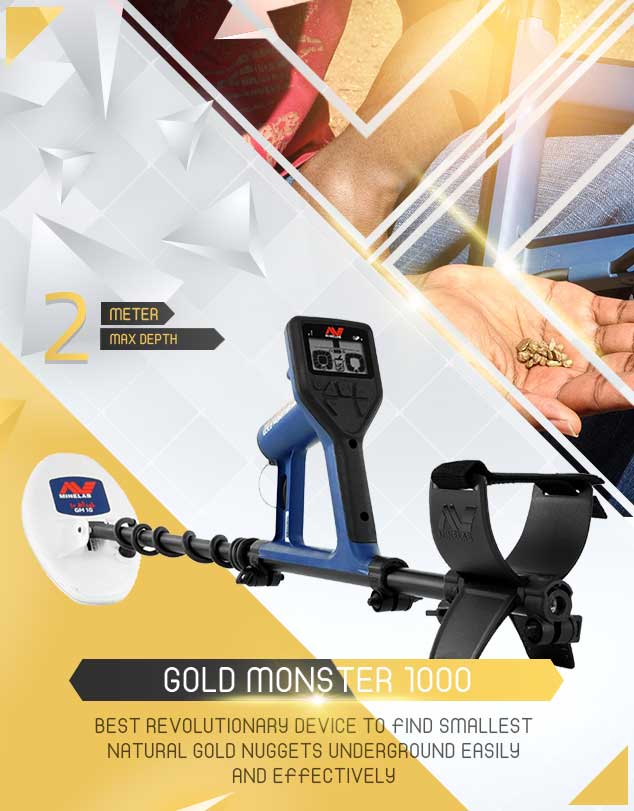 like salty soils better than any rival higher frequency metal detector, making it the most suitable device to maximize gold nuggets detection recovery.

Gold Monster 1000 combines super performance at a great price in one compact package,

and thus it is the perfect choice for any gold prospector in the world.

which depends in turn on the principle of electromagnetic induction.

Unlike VLF technology, pulse induction metal detectors use one coil i.e. one electrical coil such as a transmitter

and receiver, or there may be two or even three coils working together for better performance and faster and accurate results.

The coming electric current in the coil is passed make a strong, short pulses of current through coils of wire.

, causing a sharp electrical rise. This rise continues for a few microseconds (a millionth of a second)

and causes another current to pass through the coil.

This current is called the reflected pulse and is very short and lasts only about 30 microseconds.

Then another pulse is sent and the process repeats. A typical pulsed induction metal detector sends about 100 pulses per second,

This process works something like an echo: if you scream in a room with a few hard surfaces, you may hear an echo too short, or you may not hear a sound at all;

But if I shout in a room with a lot of hard surfaces, the echo will last longer. In a metal detector with a pulse-induction technology, the magnetic fields of the target

bodies add an “echo” to the reflected pulse, making them last longer than they would have needed without them.

with extreme gold sensitivity to locate tiny gold nuggets in all hard terrain. 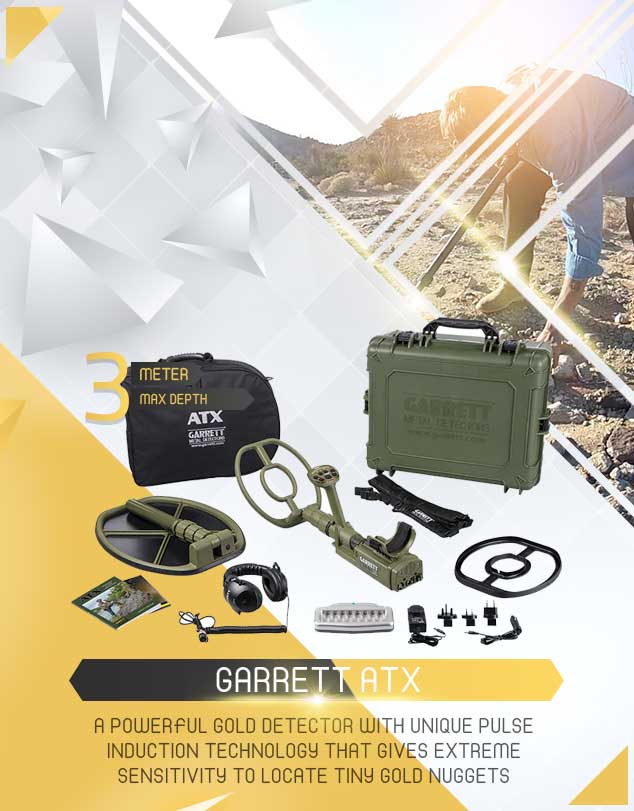 like gold prospecting, relic hunting and coins shooting and so on.

and sandy soils thanks to its robust design and advanced features.

Pulse Dive is a set of two devices in one package including scuba metal detector and pin pointer.

underwater like in lakes or rivers or oceans, it is also a must have tool for any diver who want to find hidden treasures underwater. 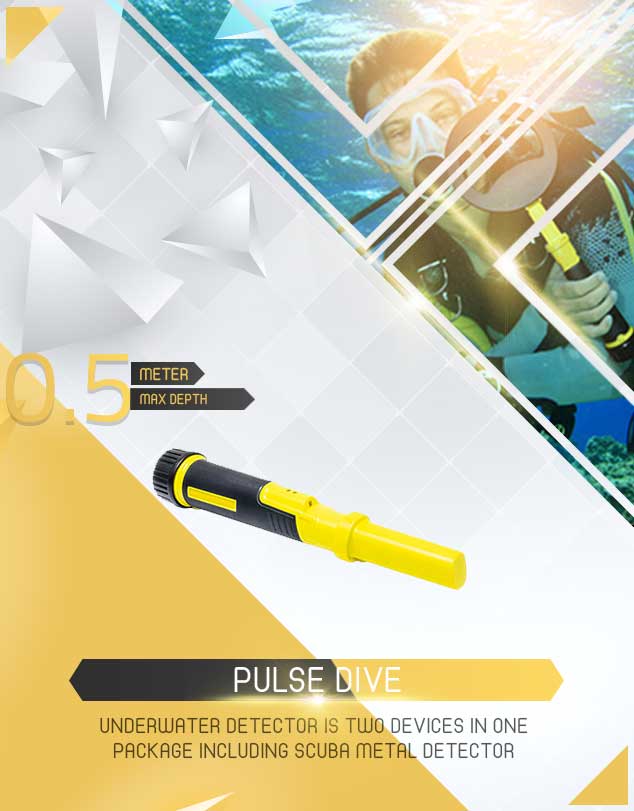 Lorenz Deep Max Z1 a most reliable metal detection device in the world,

It is probably one of the most sensitive and stable metal detecting devices of its kind presently available.

Lorenz Deep Max Z1 is most powerful device for detection of ferrous or non-ferrous metals underground,

thanks to its unique Pulse Induction system which is a result of many years of research and development.

unaffected by salt water, most types of mineralized grounds or temperature.