How Do Gold Detectors Work ? How Do Gold Detectors Work ?

How Do Gold Detectors Work ?, Many prospectors around the world ranging from amateurs to professionals,

use gold detectors to detect the precious metal underground.

But most prospectors do not know how do gold detectors work?

In this article, we will explain how do gold detectors work, the principle of work,

related to electronics, magnetic fields, signal processing and other topics, but we will explain

all the details in an easy and understandable language to the reader.

but it can be simplified with the following principle:

the signal of the electromagnetic field that is reflected from hitting a piece of metal,

for example gold nugget or coin.

such as ordinary alkaline batteries or another source within the electrical coils present in the so-called search coil.

Parts of a Metal Detector

The traditional metal detectors, which works according to electromagnetic technology,

consists of the following parts and components:

·         Stabilizer – This attachment is the part of the detector that makes it comfortable to use.

Think of it as the armrest of the machine. It stabilizes the metal detector as you move it around.

·         Control Box – The control box is the brains of the machine. It contains the battery,

device controls and settings, the microprocessor, readout, and speakers.

·         Search Coil – This is the bottom part of the detector that you swing over the ground.

It’s an antenna that contains coils that are integral for the machine to be able to detect metal.

Some metal detectors devices also have a jack for connecting headphones,

and some have the control box below the shaft and a small display unit above. How Do Gold Detectors Work

it is easy to manufacture and it is cheap.

The gold detector in VLF technology contains two coils inside the search coil:

Electricity is sent along this wire, first in one direction and then in the other,

thousands of times each second. The number of times that the current’s

direction switches each second establishes the frequency of the unit.

from target objects in the ground.

How does a VLF metal detector distinguish between different metals?

It relies on a phenomenon known as phase shifting.

Phase shift is the difference in timing between the transmitter coil’s frequency and the frequency of the target object.

Basically, this means that an object with high inductance is going to have a larger phase shift,

because it takes longer to alter its magnetic field. An object with high resistance is going to have a smaller phase shift

There are many devices that work using this technology like Gold Monster 1000, Impact, and Minelab Vanquish…etc. 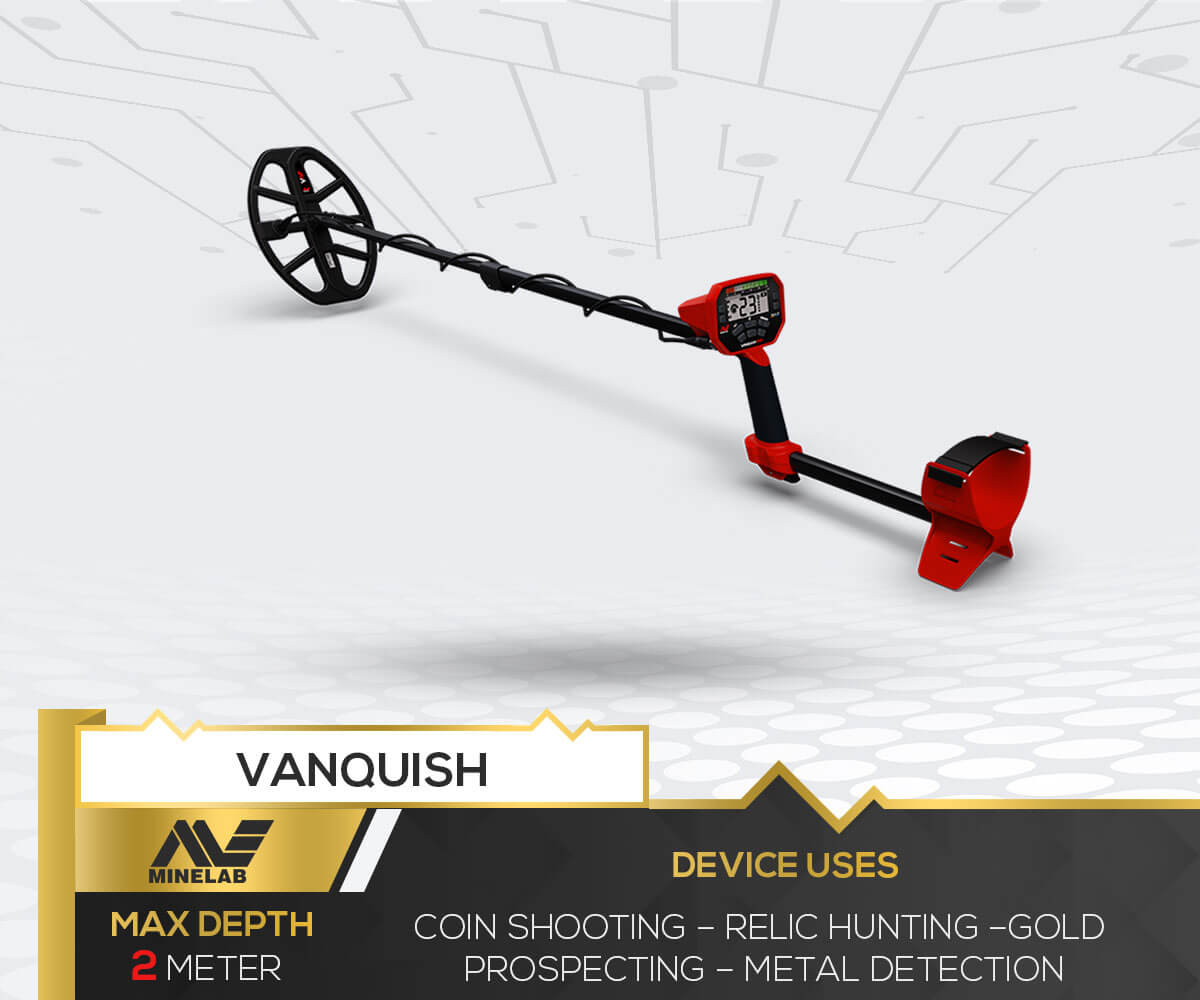 A less common form of metal detector is based on pulse induction (PI) technology.

Unlike VLF, PI systems may use a single coil as both transmitter and receiver,

or they may have two or even three coils working together.

This technology sends powerful, short bursts (pulses) of current through a coil of wire.

This spike lasts a few microseconds (millionths of a second) and causes another current to run through the coil.

This current is called the reflected pulse and is extremely short, lasting only about 30 microseconds.

Another pulse is then sent and the process repeats. A typical PI-based metal detector sends about 100 pulses

per second, but the number can vary greatly based on the manufacturer and model, ranging from a couple

of dozen pulses per second to over a thousand.

If the metal detector is over a metal object, the pulse creates an opposite magnetic field in the object.

makes it take longer for the reflected pulse to completely disappear.

There are many devices that work using Pulse Induction technology like Lorenz Z1, Garrett ATX…etc. 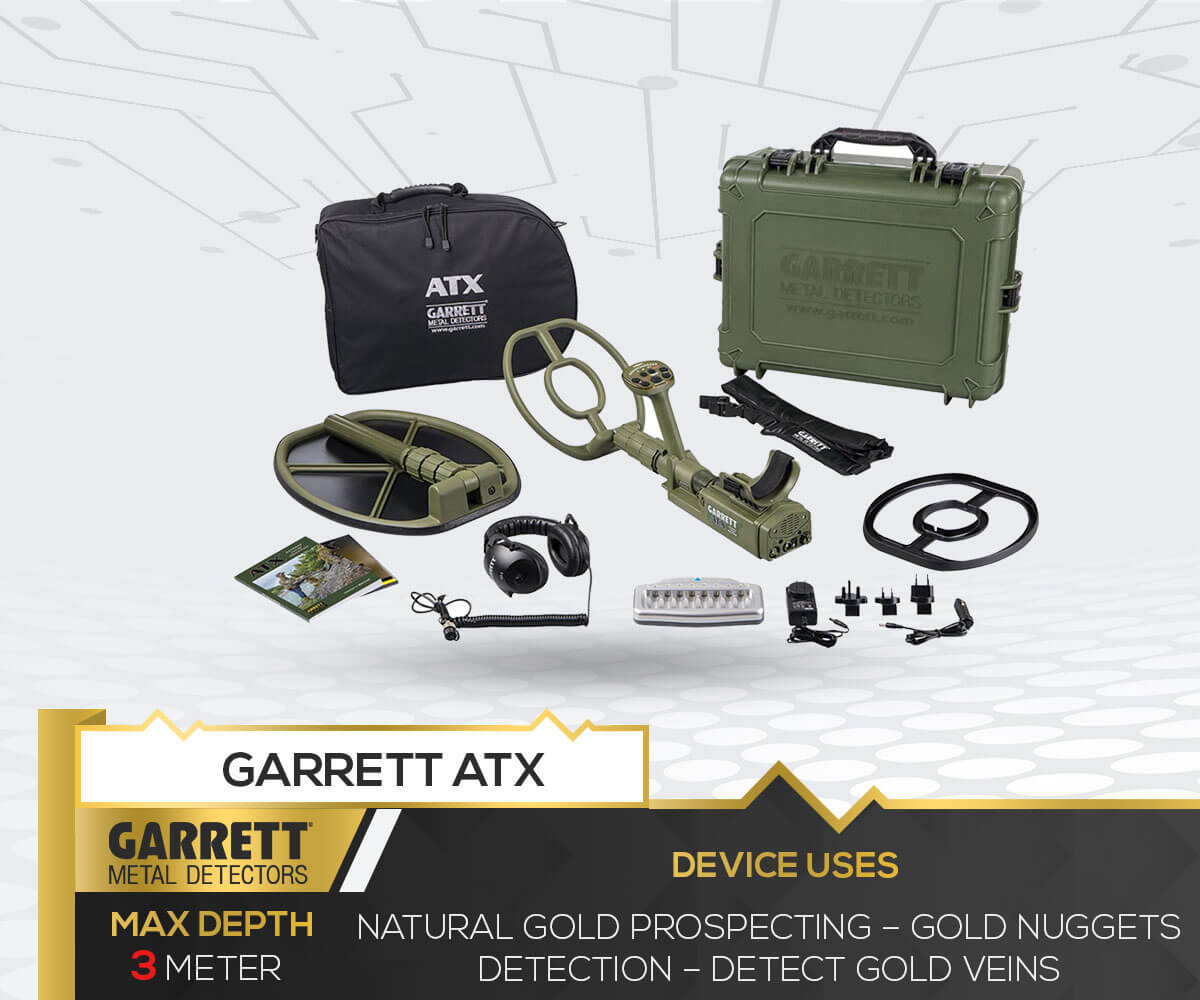 How to Make Gold Detector?

Using the principle of work explained in the previous paragraphs, the interested person can make a simple

gold detector with some of the components necessary for the operation of the device.

How to make gold detector